Does Massage Therapy Deserve to be Called Medicine?

You are here:
August 15, 2016Leave a commentUncategorizedBy Mark Volkmann

Does Massage Therapy Deserve to be Called Medicine? 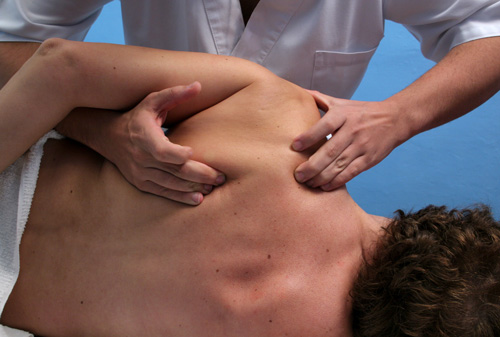 Can Massage be considered Medicine?

There is significant evidence to suggest that massage was once a central part of medicine in many ancient cultures. Depictions of massage have appeared on Egyptian tombs and in ancient Chinese medical texts. Even Hippocrates, the undisputed father of western medicine, cited “rubbing” as something that should be understood by all doctors.

Massage therapy is still respected in many parts of the world, where the techniques of today build on traditions that are thousands of years old. The countries that make up North America and Western Europe might even be described as the few places in the world where massage is not only under-utilized, but also considered separate from the rest of the body of medicine.

The economic wealth of these powerful countries fuels most of the medical research in the world. As long as massage therapy isn’t considered medicine, massage therapists will struggle to get funding to further research the benefits of massage in meaningful ways. This means that thousands or even millions of patients will tragically miss out on care that could help them.

Massage therapy deserves to be called medicine. Here’s why.

What is Medicine, Anyway?

Medicine is a complicated concept. To even define it, you would have to choose your context. Under a basic definition (courtesy of the Webster dictionary), medicine is “the science that deals with preventing, curing, and treating diseases.” However, the important definition in North America is the legal definition.

Under the laws of these countries, massage therapy is not treated like other medicine. Insurance companies may not need to cover massage treatments, doctors are unlikely to recommend it (though more likely than they were several years ago), and massage therapists don’t often enjoy the respect of traditional medical doctors.

Knowing the history of massage, many people question how a technique that was a major part of ancient medicine for thousands of years ended up playing second fiddle to even dangerous and experimental therapies.

One reason for the diminished role of massage in western medicine might be the rapid development of chemical medicines and surgical techniques that have occurred over only about the past hundred years or so. Chemical treatments and surgery were certainly effective in treating a variety of dangerous illnesses, and they are still a vital part of medicine because they are fast-acting and powerful.

Where Modern Medicine benefits from massage and manual therapies

However, because of the effectiveness of these treatments, an attitude has developed that everything should be treated using these tools. There are some serious problems with that view, however.

Let’s use pain management as an example. There are a lot of medications out there that treat pain. You’ve probably used over-the-counter medicines such as aspirin and acetaminophen before. Even with aspirin however, the drawbacks of chemical medicines become evident. One look at the warning label will show you that the side effects of even pills you can buy in a gas station can be incredibly dangerous. The side effects become more serious the more powerful the medicine becomes. With prescription-grade pain relievers, you are looking at possible complications including everything from addiction to fatal overdoses.

There’s no disputing modern medicine has its place

You won’t find many massage therapists who believe that modern medicine is not effective or appropriate for many cases. Most respect everything that modern research has accomplished, but they believe that there are good reasons to consider therapies that have helped people for thousands of years, and have no dangerous risks when performed properly by a trained massage therapist.
However, it isn’t enough to just say that proper massage therapy doesn’t harm anyone. To be considered medicine, there must be some evidence that it can actually help people deal with medical conditions. While very little funding is currently dedicated to proving the benefits of massage, there is actually some strong evidence it can help patients in a variety of different ways.

While there isn’t as much evidence for the success of massage therapy as there could be with more attention and funding, there is still plenty to be excited about in this re-emerging field. Perhaps the most ringing endorsement are from patients themselves. A growing number of people are choosing to receive massages and they are likely to report that it was effective in dealing with their pain. More patients are also asking for and receiving referrals for the treatment from their doctors.

The hard evidence is also starting to expand as the increase in patients provides more funding for massage research. Noted massage researcher and psychologist Dr. Christopher Moyer published test results in 2008 that demonstrated the surprisingly effects of massage therapy on reducing both depression and anxiety. The paper finds that the effects are noticeable after only one treatment, but even more significant after extended treatments.

Research has also been done that demonstrate effectiveness in dealing with common chronic conditions such as lower back pain. There is also evidence that suggests that massage may be an effective way to deal with pain resulting from cancer and cancer treatments. Massage therapy has even been shown to improve psychological conditions such as autism.

The body of evidence in support of massage therapy is growing. While the treatment may not have the respect that it deserves right now, evidence suggests that massage’s fight for legitimacy is progressing.

Related Articles
In Home Massage Therapy: 7 Good Reasons that will Make you Try it!
November 21, 2017
How to Fix Sciatica: Easy and Effective Ways to a Pain-free Life
September 25, 2017
10 Ways Massage Can Improve Wellness
September 12, 2017
Massage your Feet – Feel Amazingly Better
August 22, 2017
Pregnancy Pampering: The Benefits of Prenatal Massages By Trimester
June 7, 2017
Benefits of Massage for Diabetics – More Than Just “Me Time”
May 5, 2017
Leave Comment